Well, this is just a shot at what contemporary philosophers are doing with St. Paul.

Alain Badiou, is a French philosopher at the European Graduate School (EGS) with colleagues such as (only those I can tell by name) George Agamben, Judith Butler, and Slavoj Zizek.

He has a website created by his admirers, mostly I think, at Badiou Studies.


[o]ne of the most original French philosophers today. Influenced by Plato, Georg Wilhelm Friedrich Hegel, Jacques Lacan and Gilles Deleuze, he is an outspoken critic of both the analytic as well as the postmodern schools of thoughts. His philosophy seeks to expose and make sense of the potential of radical innovation (revolution, invention, transfiguration) in every situation. (from "biography")

Why I have picked up Badiou is because he has written a book utilizing Paul's thoughht in the NT epistles.

Saint Paul: The Foundation of Universalism

I haven't read him or this book but an article like this one tells that contemporary philosophers/thinkers outside the NT guild reading Paul in unexpectedly productive way, perhaps.


Paul, as noted, works on the basis that anyone at all convinced of the rising of the son is thereby capable of entering into the production of this new praxis wherever they are, whoever they are and despite customs, rites, sex and class and so on. Equality is declared here and now and indeed it‘s this declaration that renders the subject (always) out of time with its time. It provides all Paul‘s 'teachings' – no doubt he remains in his action a Pharisee – with an orientation that makes them untenable as such before the Law. (1)

Well, I don't know how to make of this kind move to make Paul contemporary to our world, but we may listen to what they can tell us about, e.g., "a series of doublings" (or, for some, dichotomies) like: "Law/faith, flesh/spirit, Jew/gentile, truth/knowledge and so on." (2)


For those who are interested in listening to a strange voice with French accent in the wilderness... 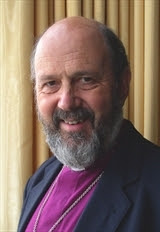